The following is a transcript of the exchange I had, writing as Sicut Erat in Principio (“Sicut” below), with R. Gary Shapiro (“R. Gary” below) on LDS doctrine about Adam and evolution between June 22, 2014 and June 27, 2014.

Adam, the first of all human beings [original post by R. Gary]

A current missionary pamphlet about The Plan of Salvation teaches that Adam and Eve were “the first humans.” Indeed, according to LDS scripture, Adam was “the first man of all men.” (Moses 1:34.)

This scriptural view of man’s origin was taught again in the April 2014 General Conference. Carlos H. Amado, of the First Quorum of the Seventy, declared: “[The Redeemer’s] sacrifice blessed everyone, from Adam, the first, to the last of all human beings.” (Ensign, May 2014.)

June 24, 2014. An anonymous comment this afternoon (see below) prompted the following addendum. It is from the 2013 edition of LDS Scripture. 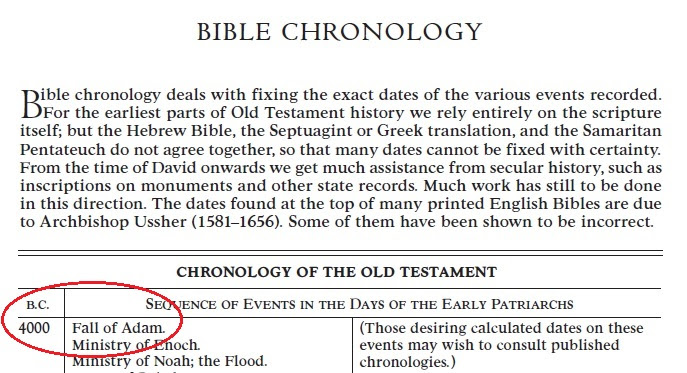 While I cannot yet explain exactly how, there are very good arguments for believing that Adam was the primal parent of our race, and that he shared a common ancestor with primates.

Now please tell me this: Where and when has the Church published an apostolic statement endorsing the idea that organic evolution explains the origin of man?

Prominence is unimportant. If the author is clearly identified, if he is a latter-day apostle, and if the statement appears in official LDS media, that will suffice.

“Where and when has the church published an apostolic statement…”: nowhere that I can find.

Now, if you will kindly address the questions I posed to you in my comment.

Many of us are interested in truth as defined in scripture (“knowledge of things as they are, and as they were…”) and not just that subset of truth found in official Church material. Or can all truth not be circumscribed into one great whole?

Sicut: The official position of the Church regarding human evolution was announced in a formal 1909 statement by the First Presidency. Over the years, it has generated much discussion among Church members. However, there has been no discussion in official LDS media among those authorized to interpret what the Church has officially said, they being members of the First Presidency and Quorum of the Twelve Apostles. Their comments in official LDS media about the origin of man have been very consistent and one-sided. Neither the missionary pamphlet nor Elder Amado are overstepping what the Church has authoritatively taught for 115 years.

Yes. The physical evidence for man’s shared biological heritage with primates appears overwhelming. But physical evidence alone does not establish knowledge of things as they are or as they were. Reality includes a great deal which the physical senses cannot access. That is why we have prophets and apostles who speak by the Spirit and help us see into eternity.

When I’m confronted by physical evidence that contradicts what apostles and prophets teach, I choose to rely on the repeated confirmations I’ve received that they speak for God and that they speak the truth.